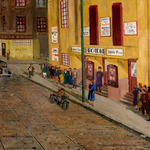 Cinema Memory and the Digital Archive

Cinema Memory and the Digital Archive (CMDA) builds on 'Cinema Culture in 1930s Britain' (CCINTB), a pioneering nationwide inquiry into cinema-going and everyday life in the interwar years that was conducted during the 1990s and early 2000s. 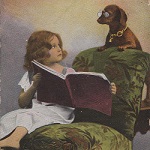 Edwardian picture postcards were a craze of the early twentieth century, comparable in many ways with social media today. For the first time people could cheaply exchange communications that combined a picture and a short message that would reach the sender often within hours. The early twentieth century post was extremely fast with around 6 deliveries a day in many towns and cities, potentially from as early as 6am to 10pm. The Edwardian Picture Postcard Project is so-called because the Golden Age of the picture postcard coincided with the reign of Edward VII (1901-1910). After this, the opportunity to exchange cheap, attractive, written texts was absent from society until the onset of the digital revolution.

Julia Gillen, the project director, is still actively crowdsourcing scans of postcards, accepting donations and developing the research. The Edwardian Postcard Collection here constitutes the project’s first principal collection of 3,000 cards that have been transcribed and analysed. 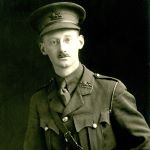 Over 300 letters and other items such as field postcards, photographs, menu cards and other ephemera. The collection offers a compelling, personal impression of life at the Front in the First World War. Conversational in tone, the letters bring to life the experience of an officer in the British Army during one of the defining conflicts of modern history. 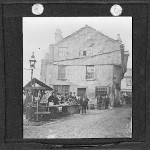 Photographs in the formats of glass lantern slides and glass negatives, housed in over eighty-five original wooden or cardboard boxes. Taken between the period of the mid 1800s through to early 1900s, the photographs have a wide range of topics including the Lake District and other UK and international locations, buildings, geology and stained glass window designs. 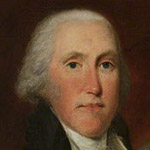 Benjamin Satterthwaite spent a large part of his life as a resident representative or factor in the West Indies for his family’s firm and a group of Lancaster merchants. The Letter Books contain hundreds of copies of the letters written by him to his family and business associates, bound into three volumes. 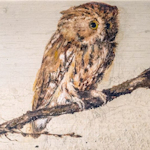 A digital collection of the unpublished short-story, "My Owl", by May Alcott Nieriker (1840 - 1879) - an American travel writer, curator, educational advocate and Black portraitist, who happened to be Louisa May Alcott's youngest sister. The autobiographical short story concerns the history of an artist's stuffed owl and draws on a variety of events from Nieriker's studies and travels abroad in London and Paris from 1877 - 1879. Introductions to the manuscript have been composed by students of Lancaster's "Special Project" module unit, which allows undergraduates to complete commissions that resemble those of literary specialists working in the heritage, arts or creative industries. 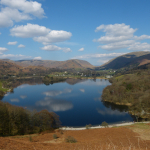 A collection of folders containing information on geographical features, villages, hamlets and individual buildings (often with names of owner or occupier) within each parish of the counties of Cumberland and Westmorland, including place names and the authority for their spelling. They comprise the earliest surviving record of place names in England and Wales collected by the Ordnance Survey.

Read more
By continuing to use the site you agree to the use of cookies.