... as I am obliged to stay here untill next year I wish I may make all ends meet. a dismall Refflection after broiling here so long. The Brigg comes home full but leaves me a good deal in Debt ... " 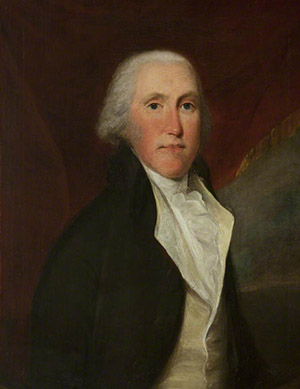 Born into a Quaker family in Leeds, Benjamin Satterthwaite (1718-1792) was the first son of Thomas Satterthwaite and his second wife, Mary Ledger. He moved to Lancaster in 1731 with his mother and siblings following the death of his father in 1728.

Benjamin Satterthwaite spent a large part of his life as a resident representative or factor in the West Indies for his family’s firm and a group of Lancaster merchants. The Letter Books contain hundreds of copies of the letters written by Benjamin Satterthwaite to his family and business associates, bound into three volumes with some on loose sheets inserted into the back of the volumes.

Volume 1 of the Satterthwaite Letter Books is comprised of 97 letters dating from 1737 to 1744. Most of the letters were written when Benjamin was in Barbados as representative or factor to a group of Lancaster merchants. Between November 1737 and June 1738 Benjamin served as assistant to Abraham Rawlinson. However, between December 1739 and January 1741 Benjamin relieved Hutton Rawlinson as sole representative. Benjamin’s letters within the first volume demonstrate strong business links, not only to prominent Lancaster and Quaker merchant families including the Dilworths and Rawlinsons, but also strong connections to the prominent Manchester based textile manufacturers the Touchets. The first volume of the Letter Books provides insight into Benjamin’s family connections, the recipients occurring most frequently in this volume are his mother and stepfather, Mary and Miles Townson, and his brother Thomas Satterthwaite.

Volume two of the Letter Books contains letters dating from 1764 to 1779. During this period Benjamin served as both resident factor in Jamaica for his half-brother, John Townson, and lived in Lancaster with his wife Jane Casson. Benjamin married Anglican-born Jane Casson in 1741 and was subsequently disowned by his Quaker family and employers. Very little is known about Benjamin’s life during the  period in between the first and second volumes of his letter book, other than the birth of his three children: John (1743-1807), Henry (b.1759) and Mary. Benjamin most probably sought sporadic employment from his new father-in-law Alderman John Casson. Within this volume  Benjamin is in regular correspondence with his two sons John Satterthwaite, who served for a while as resident factor in St. Kitts until his marriage in 1777 and return to Lancaster in 1778, and Henry Satterthwaite who also alternated between living in Lancaster and the West Indies as subordinate factor.

The second volume of Benjamin’s letter book exemplifies the effects of the Anglo-French War on Lancaster’s overseas trade. Towards the end of the volume, Benjamin refers more frequently to financial difficulty caused by falling prices and bad markets. Additionally, the second volume highlights in depth Benjamin’s relationship with his family members and through his correspondence with his sons, how Lancaster’s overseas trade is evolving for these new merchant entrepreneurs towards the turn of the century.

The third volume of the Letter Books contains letters dated from 1781 to 1782. These appear to be written by John Satterthwaite (1743-1807). John was the 2nd son of Benjamin Satterthwaite and Jane Casson. He spent a while as a factor in the West Indies for the family business in the 1770s and married Mary (Polly) Rawlins in St. Kitts and moved to Castle Hill in Lancaster in 1778. He had a brief interest in the slave trade with a single investment in 1781 in a Lancaster slaver. The Anglo-French war lessened the interest in the slave trade. Utilising other trade opportunities at this time, John and his partner John Robinson made the majority of their fortunes between 1779-1785. John’s brother, Harry was also a factor out in the West Indies at the time.

The Letter Books are important examples of very early business documents relating to the development of Lancaster's transatlantic trade. In addition to providing an insight into Lancaster's role as a major trading hub in the 18th century Atlantic World, the letters also illuminate wider issues such as the involvement of Quakers and other religious sects in commercial activity, the significance of interpersonal connections in conducting transatlantic commerce, and methods of business with the West Indies in the 18th century, including the types of cargoes traded and the difficulties faced by factors buying and selling goods.

The Letter Books are arranged chronologically. In the first and second volumes, the letters are arranged in chronological order to the centre of the book. The letters then resume in chronological order from the back to the centre of the book. The Letter Books were preserved by the descendants of the Satterthwaite family and deposited on permanent loan with the Special Collections Department of Lancaster University Library in 1987. Digitisation and transcription of the letters has been carried out by the staff of Lancaster University Library.

Currently there is only one published article which is related specifically to the first volume of the Sattterthwaite Letter Books The Letter Book of Benjamin Satterthwaite of Lancaster, 1737-1744 / M. M. Schofield (1961). Trans. Hist. Soc. Of Lancashire and Cheshire, v.113